Lately, the video game industry has shown incredible growth. From the information Global Data provides, the figures in 2020, the market was valued at $300 billion. In 2018, by comparison, this figure reached only $130 billion. Amidst such rapid market growth, game developers aim to catch up with new games that appear on the market and propose competitive products. Besides, along with the industry development, users also became rather “picky” when it comes to choosing the game – they now demand quality, catching plot, and the absence of bugs. This article will answer the questions: What is game testing? Why is it so crucial to conduct it? What are the options and types of test techniques?

The key thing in creating video games is bringing a gamer’s experience to a new level. That’s not the only goal to impress gamers – it’s essential to offer them a product without bugs. If it is done, the game is more likely to succeed. It is pretty challenging to be the best of the best games on the App Store or Play Market – there are thousands of games, each with an exciting plot. However, it takes a lot of work to create a really complete, clean, comprehensive product that would hit the spot. Most games released with bugs are soon forgotten; thus, users merely switch from one game to another, always facing shortcomings that bring the consumer’s experience down. This leads us to conclude that video games testing may be a crucial stage in the games’ development.

Probably it is the most critical stage as it provides a precise analysis and helps to understand if the application is ready to be used or are there still some shortcomings to be fixed. Thus, if one is eager to reach success, complicated and exciting games’ levels will not be enough to achieve it. Video game tests are carried out with the purpose to find every single mistake, every bug, every error and weakness in a particular video game, to be polished and fixed. Moreover, there is a component as emotion users receive when playing a specific game. This aspect is also checked in the process of testing games.

Here we will take a closer look at the types of quality assurance of testing video games.

This is functional game testing that allows to understand if the game flow corresponds to its specifications. That mainly refers to mechanical shortcomings, incomplete interface design, video and audio issues, problems with design, etc. That may be blockages, freezing, missed colors, not impeccable animation, and so on. These are all we can check during the video games testing.

Also, this stage determines if the installation goes smoothly, if payment gateways are available, and if social media can be attached. Once all the bugs are found, the testers make up a list of issues, defects, and problems and pass it back to the developers (using standard bug reporting methods). Once fixed, the game once again goes to the testers for repeated testing.

Among other QA testing techniques, this one aims to optimize the game flow, language, and tone, regardless of what language the game was released. That means testers make sure that translated and localized options of the game are as flawless and consistent as the original. Of course, the core is to provide the quality of translation. To that end, the game is passed to native speakers testers to check it for cultural and terminology compliance. If the game is supposed to be released in many languages, each of them must be tested by native speakers. Here they also check the compliance with manufacturers’ requirements, the ways of presenting dates, numbers, currency, local slang, etc.

In fact, it is a repeated test for the game functions and flow. This solution for QA testing video games once again helps to improve the game’s quality and ensure that everything is okay. Once the developers fix previously found issues, testers compare results with the results of the previous test. It helps to realize if fixing old errors caused new errors and bugs, as well as to make sure all old errors are fixed. It’s a kind of retest of the software that helps evaluate the end product’s usability.

This testing method allows understanding if a particular game and its screen parameters suit various interfaces. The fact is that every device is different, and so the video may be displayed in different ways. For example, graphic details may not fit the user’s screen, and background apps may not correctly work, etc. So the game should comply with the hardware, software, and graphics configurations of the device it is installed on. To that end, testers open and check the game’s performance on different devices and browsers. This process includes checking if the text or images are visible for all users, the performance of the software, the quality of the app on different sizes of screens.

This type of testing helps to find out the application’s performance when several users use it at the same time. This helps to see if the game runs smoothly when used by many users and at peak load. It also helps identify how many users can play the video game simultaneously and whether the app can support even more users and loads. So it is all about the game’s performance when used by many people at the same time.

This is a kind of general testing of the video game that allows revealing how many further tests should be carried out. This testing analyzes all the games inputs and outputs thoroughly, allowing to receive a picture of possible results of various combinations. It implies testing all of the game parameters and their combinations that allow receiving a comprehensive vision on all possible shortcomings.

Now that we found out what is game testing and what are its methodologies, another thing that is worth mentioning is that every tester should review the rules of the game before starting testing. One should entirely understand what the game leads to and that the game flow will ultimately lead to winning. That knowledge will provide proper verification of the game’s accuracy and video game quality assurance.

Who is the ideal game tester? 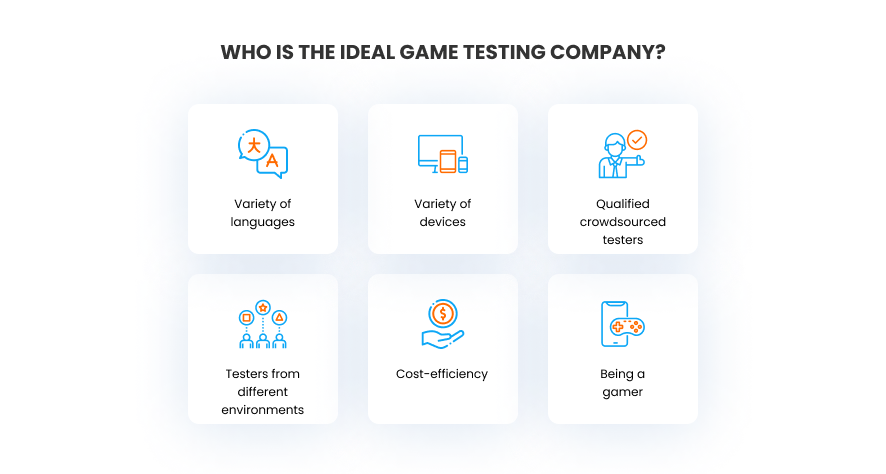 Many video games projects wonder how to test games before release?

The best solution to carry out high-quality and efficient video game verification is to make it through crowdsourced testing. The fact is that crowd testing is much more effective rather than hire individual testers. Or some companies that are providing such offshore outsourcing services, and we will list the reasons:

Why is Crowd Testing ideal to perform video game testing 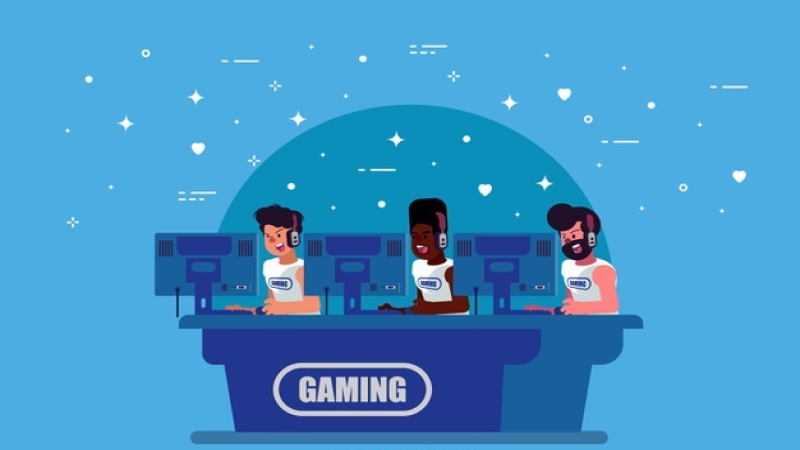 Now that we found out why video testing is so crucial to be conducted before the game’s release.

It’s time to decide which way is better. Hire a company that carries out testing services with their in-house resources only? Use crowdsourced testers?

Suppose one desire to follow all the mentioned methodologies and comply with all the differences and nuances of various countries, languages, cultural peculiarities, as well as the compliance with a variety of screens and devices. In that case, the answer is clear – crowdsourced testers are the best solution that covers all the stages, takes into account all the details, reacts fast, is more flexible, and to top it all, costs less.

Along with the rapid development of the video games industry and an increasing number of people playing video games. Their requirements have largely increased lately. With all the excitement of the plot and the picture’s brightness, users demand smooth, uninterrupted game flow, adoption to specific countries and language, cultural and emotional aspects, and, apart from all, a quality picture that suits every possible device and screen. Thus, games developers should carry out comprehensive and deep testing of their products before releasing them to the public. With no bugs and interruptions, positive user experience increases, which is the key to success, and higher revenues.

For best-crowdsourced testing experience and results, feel free to contact the Ubertesters team. Want to know more? Contact us for more details.

Video Game Testing
❮ Previous post What Is the Crowd Testing Life Cycle? A Complete Guide Ran Rachlin / 26th October, 2021
Next post ❯ What are the main trends to look out for in 2022? Ran Rachlin / 9th December, 2021